Posted by Unknown on December 04, 2012
About 60 years ago, the sea ice melted so far back into McMurdo Sound, that it began melting and breaking off the ice shelf all the way back to an island, called White Island.  Previous to this event, no seals were found at White Island, but the melting allowed several (estimated to be three females and two males based on an ongoing study by Tom Gelatt) seals to get to the island and take advantage of its underwater resources (food!).  But the seals did not prepare for the fact that they would never be allowed to leave again.  The next year, and every year after, even to the present time, the sea ice has not melted or broken out to White Island, and the ice edge has always been maintained at a distance too far for the seals to make it out.  So the seals have remained, and they have kept breeding.  Each season, we take a helicopter twice to White Island to tag any pups that are born, collect genetics samples (a tiny tissue sample from their flipper), and assess their status.  Since it is a small population, inbreeding is basically guaranteed and even though they seem to be doing just fine when we show up and tag a couple pups, there is a high degree of inbreeding depression (fancy way of saying decreased fitness, or reproduction in this case, because of low genetic diversity).  But they do keep breeding, and they do keep recruiting.  In 2000, the total population was estimated at 27 individuals (10 males, 17 females).

I wish I had more recent figures than that (figures come from a paper published by Gelatt et. al. 2010 "History and fate of a small isolated population of Weddell seals at White Island, Antarctica"), but this year, we tagged three new pups, and probably saw about 10 seals on the ice...which really says nothing because there are probably many more seals below the ice.  It is a very interesting population, and a great example of isolation occurring naturally, which we can then, thanks to multiple visits per year by the project, keep track of population dynamics to see what its doing, and possibly where its headed. 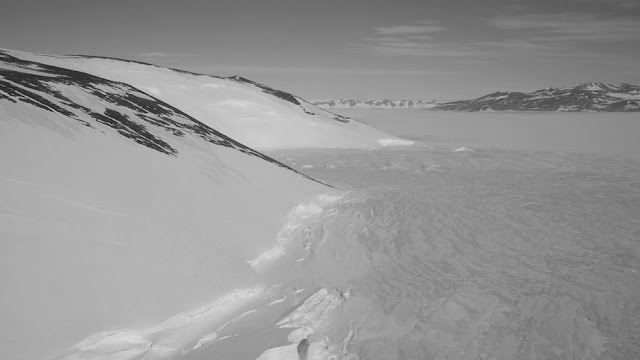 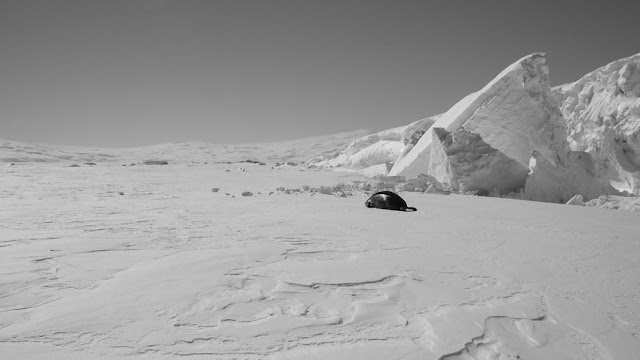