"Blehhh!" says mom.
Thus greeted, the Weddell seal research team takes their positions.  One man armed with tagging pliers, one man ready to distract the mom (or alert the tagger that "mom's a'comin'!!").  The process is usually over in less than a minute, and results in another tagged seal pup, adding to the over 20,000 individuals tagged in the past 41 years of this study.


It is a fascinating endeavor, to go out on the sea ice of Antarctica seeking every single new born pup in our study area and to tag them.  The process:  "look there's a seal over there with a pup!"  Upon approach, we check the seal's colored tags, which are placed on the rear flippers.  If it has both tags and the numbers are readable (for each tag is inscribed with a number, so that each seal has a uniquely numbered and colored tag, and thus each seal can be individually identified), we gear up for tagging the pup.  This new life on the ice will from then on forever be known to the Weddell researchers (assuming both its tags don't fall off).  As I said before, this study has been going on for upwards of 40 years, so with this data, the lineages of some of our oldest seals can be uncovered (our oldest so far being 28 years old):  who her mom was, how many and who her pups were/are, if her pups have ever returned or been seen again, how many pups her pups have had (making her a grandma....aaawww!), etc.  With this much data, processes and variation in Weddell seal population dynamics slowly becomes revealed.


This is a very unique study for three primary reasons:

For one, it is a very long term study.  In fact, it's THE longest running research on a marine mammal in Antarctica.

For another, the environment that these seals live in has been untouched and uncorrupted by the hand of man.  It is a very healthy population of seals and provides a baseline of sorts for population dynamics of other long-lived marine mammals.  As Jay Rotella, professor and Weddell seal researcher from Montana State University analogizes:  it's like studying a healthy human.  If you don't know what a healthy person looks like, how can you know how sick an unhealthy person is.  The Weddell seals are healthy, most all other seal populations are unhealthy or unnaturally affected by humans.

The third reason is our ability to even study a marine mammal with this much detail.  Most marine mammals don't remain this visible and accessible and won't permit or tolerate close proximity with humans.  The Weddell seals, however, have no above ice predators and thus have no reason to fear anything that walks upon the ice.  Seals anywhere else in the world would scatter and disappear to the sea if they saw a biped drawing near.  The Weddells don't even look up until you are right next to them.

Some videos and photos: 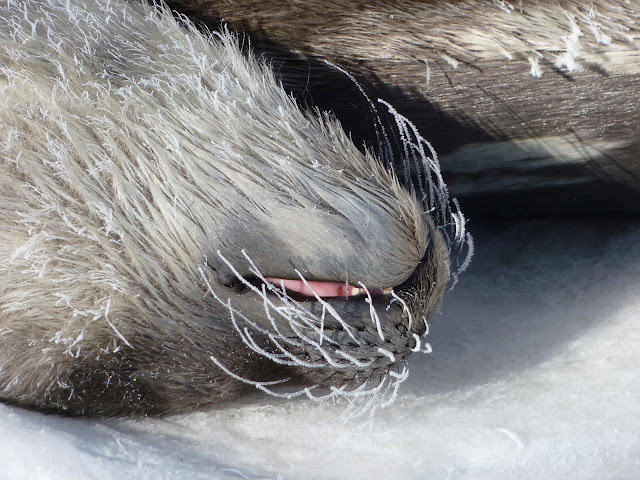 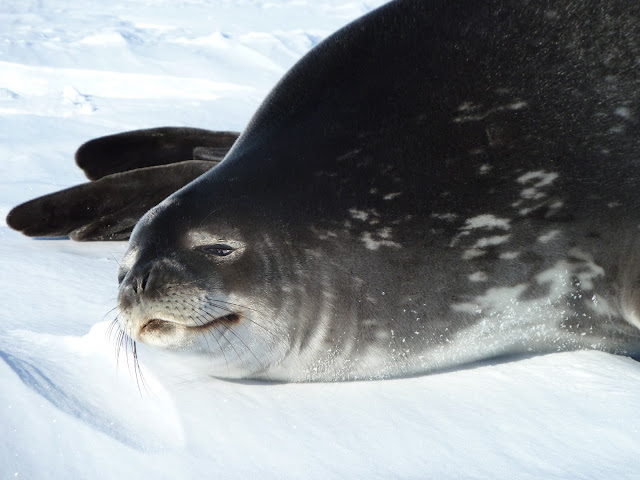 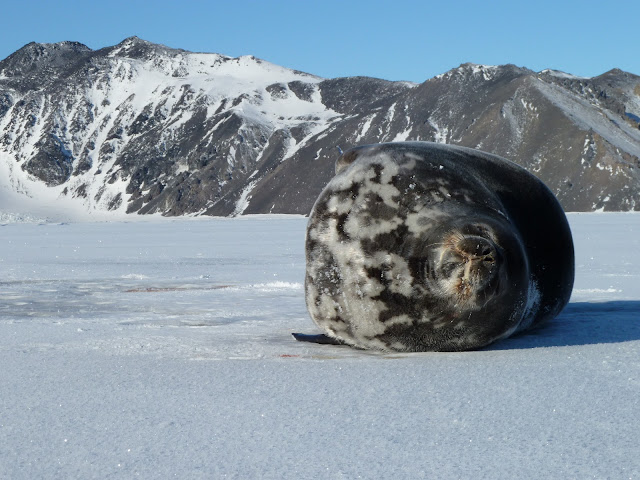 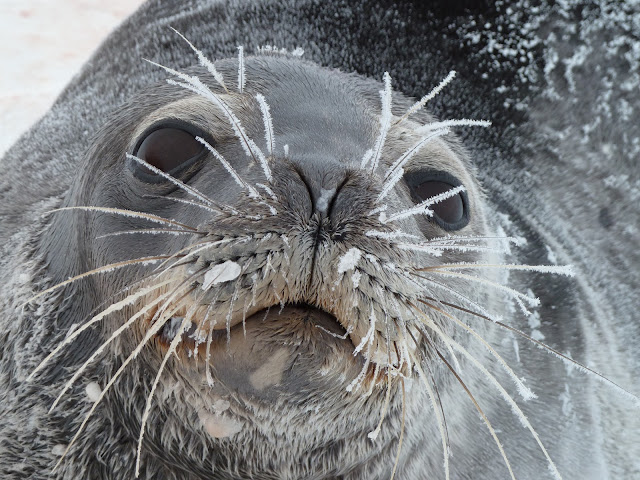 All the sounds in this video are from the seal...turn up your speakers!!
Every day is an absolute blast.  The seals are a constant source of entertainment, and I'm always fascinated by the diverse personalities.  Some mom's only glance at you when you grab their pup and tag it, while others won't let you even get near the pup....but we have our tactics for drawing them away long enough to get the tags deployed.  We have already tagged over 250 (I believe) new pups and we are only about half way done.  It is peak pupping right now, and every day we go out, there are brand new pups to be tagged.  Once the pup is born, the mom's stay on top of the ice for several days while the pups nurse, very quickly turning the pups from scrawny sacs of bone into plump and rotund blobs of engorged leaches (the mom's milk fat content being somewhere around 50%, I believe).  The mom's won't eat ANYTHING until the pup is weaned, thus transferring a high percent of her body weight directly to the pup during nursing.  It's a big investment....eat eat eat to be fat fat fat, so you can give birth and stay on the ice with the pup (who can't swim until around 10+ days old) until he is fat fat fat and can find food on his own, about 35 days later.  All this leads to another part of our research: studying the mass dynamics of Weddell seals.  This I hope to touch on, with photos, in later posts.

And the first penguins have arrived (since it is spring in Antarctica, all its animal life is returning from their winter homes in more northerly latitudes)! Emperor Penguins here:
And, after a hard days work of tagging and counting seals: 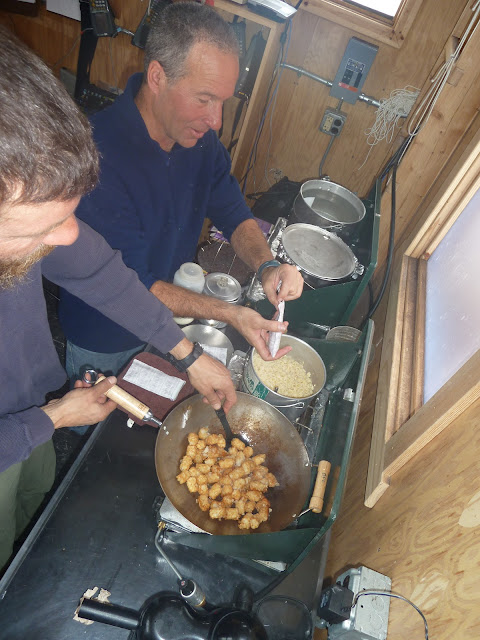 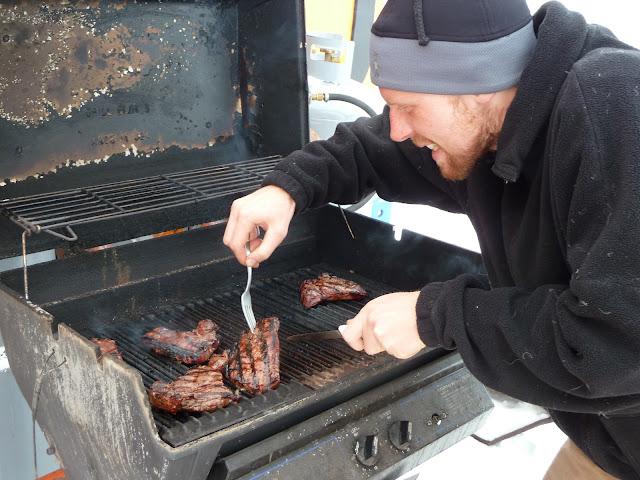 And I recently discovered the McMurdo live webcam.