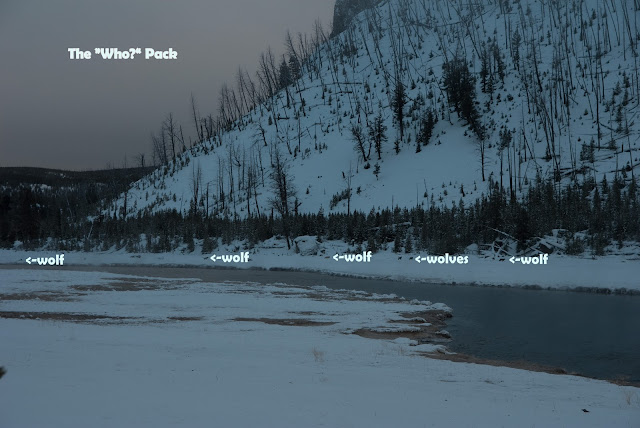 Five kills in three weeks.  That’s approximately one kill for every four days.  The uncollared pack (the “Who” pack, as we call them) continues to ravage the elk in the Madison canyon.  More and more often, the herds are found closer to the safety of water.  But, inevitably, one of the herd is lost to the perpetually hungry wolves.  The pack is an interesting group of cronies.  The alpha male is a large, powerful-looking black wolf, massive paws and a demeanor that suggests much wisdom wrought from hard life lessons.  Silver and gray hairs line his underbelly and face, contrasting superbly with his black coat.  As for the rest of the members, well, they all look like puppies to me.  Maybe the alpha male is so big in comparison, that all the others just appear to be of a younger age, but every time I see them, there’s the big black alpha male, with a couple of gray and black little dudes behind him.  Their prey has consisted of three adult and one calf elk (tomorrow one more will be necropsied…we are thinking it is a calf).  I found five of the pack munching on the kill today.  Nothing meaty remained, but they continued to chew on ribs and vertebral columns.  “Crunch crunch crunch” could be heard from across the river, while they lounged around near the killsite. 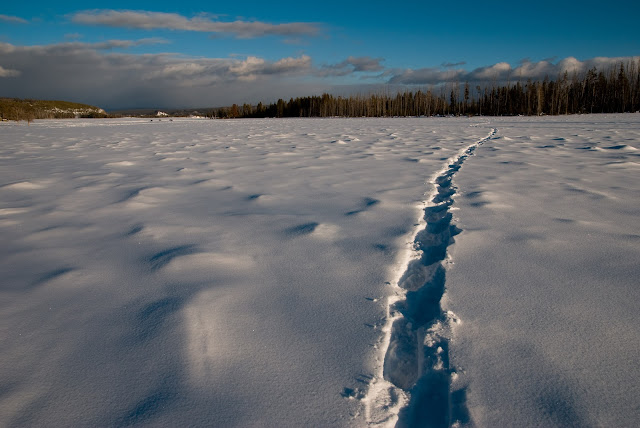 In other news, Gibbon pack suddenly arrived in Fountain Flats in the Firehole, and coincidentally (or not?) so did Cougar pack.  The two packs seemed to be rubbing shoulders, and we think it is highly likely that the collared member of the Cougar pack is trying to find a little lady to romp with.  And we think he was successful.  The Gibbon pack has left the study area (well, maybe minus a female), but the Cougar collar remains.  For it is that time of season when males run off to find some pretty female, and females run off to find some handsome male.  And voila, in two months, teeny puppies will be flopping and galumphing around. 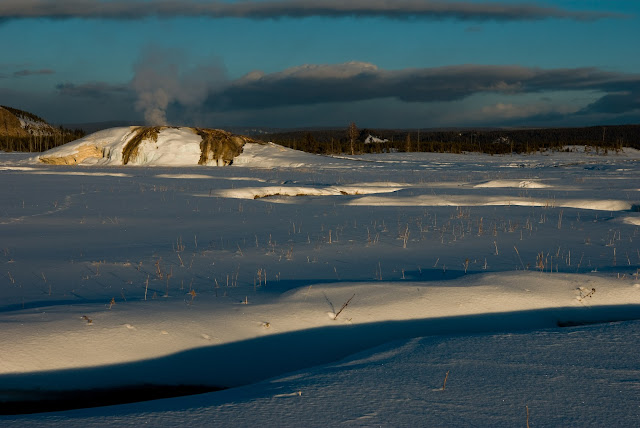 Last weekend we were treated to a change of duties while we performed the monthly bison survey.  Counting and sexing three hundred bison is not an easy task, especially by only one person.  This was the duty of Claire, who came in to help with the survey.   Luckily it was her and not me…I can hardly count a group of 40 with all their moving around and running to the front of the group shenanigans.  The bison are fulfilling their seasonal migration, flooding into the Firehole drainage from areas of more snow.  Last bison count: ~170      This bison count: ~400.  Weaving in and out of the migrating herds on snowmobile as they travel the roads is quite invigorating.  I always give a forced smile to the massive bulls to appease them, their horned weaponry not five feet from my face.  Somehow I don't feel my helmet would help.  They always just turn and stare as I pass.  It is also quite frightening when young bulls come running full speed from behind you after you had passed them.  "I'm just part of the herd...I'm just a bison...they will not hurt me...I'm a cow, just a cow" etc passes through my head during these moments. 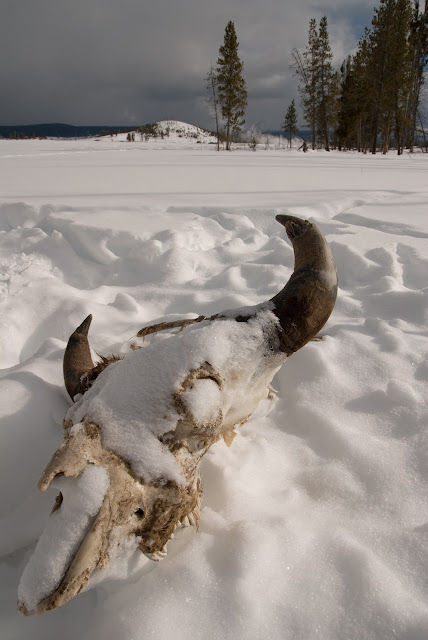 As of one hour ago, I accepted a job offer for the summer months.  I’m trading the elk and wolves (and snow and cold) for birds of prey.  All the ferruginous hawks, prairie falcons, northern goshawks, and flammulated owls in south-central Idaho need someone to find and monitor their nests for them.  And I guess I’m the man for the job!  I will be working for the Idaho Bird Observatory, for a man by the name of Jay Carlisle, whom I met at a bird-banding operation at Camas National Wildlife Refuge several years ago.  I am looking forward to it, but, at the same time, I don’t want my Yellowstone episode to end! 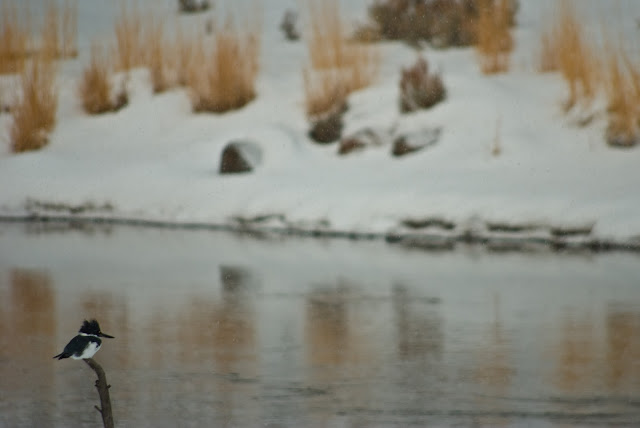